With a long history of violations under the Health of Animals legislation, the Canadian Food Inspection Agency took Maple Lodge Farms to court for 2 of the 60 outstanding violations.

Where: Ontario Supreme Court in Brampton

Key themes: Excessive numbers of chickens suffered and died from exposure during transport. The company increasingly focused on economics and neglected animal welfare.

Guilty on the 2 charges tried in court plus 18 additional charges to which the company pleaded guilty.

«Economics Over Welfare»Full report on the production, transport, and slaughter of chickens in Canada with details on the Maple Lodge Farms trial 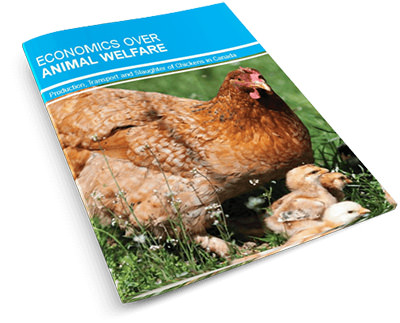